The Afro Ritmo capoeira group led by Mestre Gil and his students can be found in several countries (in Brazil, Colombia, Germany, Norway, Austria, Croatia and Hungary). During classes, besides capoeira itself, you can also learn more about the Brazilian dance types (samba, afro, maculelê), the capoeira instruments and songs, and the basics of Portuguese language.
You can join us anytime, we always take time to help beginners to learn the basics quickly.

The first class is free for everyone!

Capoeira is a Brazilian martial art developed by descendants of African slaves in the 16th century. It is known by quick and tricky moves, mostly executed near to the floor, including a lot of handstands or head stands, always following the rhythm of the music. Some other versions of capoeira consist of more aerial acrobacies. The word ‘capoeira’ has several meanings, one of which refers to woodlands where the fugitive slaves assumably tried to hide.
There are two main styles of capoeira. Capoeira Angola keeps the traditions and rites of capoeira held before the creation of the Regional style, it mostly consists of slow movements that are executed near to the floor.
In the Regional style the combination of movements is more flowing and there are a lot of acrobacies. Precision and strategy have high importance there.
Both styles consist of dodging, strong kicks, trickery and takedowns.
System of belts in the Afro Ritmo group:

SYSTEM OF THE BELTS OF AFRO RITMO

The colour green represents hope as well as the green of the forests that are responsible for purifying our air and the hope for a long path which we have in front of us, in a universe which we have just began to get to know (the universe of capoeira).
The colour yellow represents the great resources which we have, such as gold and the sun itself. Just as these resources are there in our nature and culture, our path within capoeira is likewise full of understanding and wisdom. It symbolises gold and also the sun as both of them warm and enlighten our spirit and as well as our body. That is an incredible richness.
The colour blue represents the blue of the sky which reflects the immensity of the oceans, which also stands for your future as a learner of the art of capoeira.
The colour white represents the floods for which we give a balance and the life inside everything that exists in nature, as it is also the case within capoeira.

When you have reached that colour you actually have to have the same importance in the world of capoeira, it is your duty which guarantees the balance as well as the existence of the art itself with all its roots.

01-STAGE – Beginner. The student who begins with capoeira doesn’t use a belt. Only after he/she has learned the basic steps of capoeira he/she will receive the first belt within a great ceremony that is called the batizado. 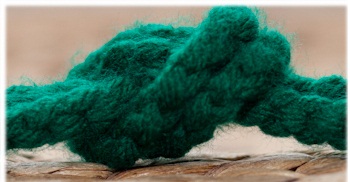 02-STAGE – In that stage the student receives the first belt. The ceremony in which the student will receive the belt is called batizado, and from there on your journey in the world of capoeira begins. 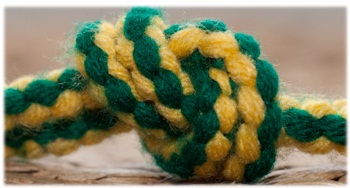 03-STAGE – The student has already managed to complete the part of his/her journey to receive the green and yellow belt. In front of him/her, he/she has got a path full of learning as well as expectations in order to achieve the next belt. 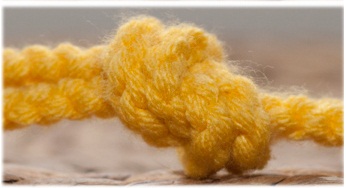 04-STAGE – The student receives the yellow belt. This stage is one of the most important stages as here we will know whether the student is going to continue with his/her journey with capoeira or not. This is because the yellow belt demands a lot of training not only in the physical aspect but also psychologically. This is because you have already been a certain time within capoeira, and this stage is also very complicated because it is the period of time in which your character within capoeira will be determined. That stage demands the capacity of control, discipline and seriousness in terms of your behaviour, movements that you are already able to perform with your practice of capoeira.

05-STAGE – In that stage the student gets the yellow and blue belt. As the yellow belt, that belt is one of the belts which demands a lot of the student. With his/her practice since the green belt the student needs to have control over all his/her actions where the capacity of understanding will be enhanced. It is the simplicity that makes a good capoeirista.

06-STAGE – That is the stage where you receive the blue belt. With that belt you are prepared to take over the position as an instructor of capoeira. You will continue with your training, your apprenticeship and your evolution, not only of your mental and physical capacities. There is also the importance and necessity to be useful and helpful for yourself as well as the people around you.

07-STAGE – That stage is strongly anticipated of the student who started without a belt and who has gone along the long journey of apprenticeship, also with a lot of difficulties. He/she has passed through all the stages and is now, with enhanced emotions, at the maximum and thus he/she receives the so eagerly awaited green, yellow and blue belt. That is the stage of your formation, in which you will be apprenticed as a professor of capoeira. There you can never forget the roots of your apprenticeship, in that level my friend you will gain the necessity, the more so with each day, to not only advance the balance in your game but also improve your emotions and strengthen your ego every moment more, all of which was formed with loads of fondness, sweat and wisdom. Moreover, you should always seek the balance of the possible disbalance.

08-STAGE -In that stage you receive the green, yellow, blue and white belt. With that belt, you have the title “Contra Mestre/a”. In that stage it is allowed that you express your very own opinion clearly and that you even debate with your Mestre/a about various topics or questions. But you may never forget your outright respect for your Mestre/a as it was him/her who educated and instructed you with all his/her fondness along your way. Your Mestre/a is like your father/mother who is always there to help and direct you towards the good things and to correct you not only within capoeira but also in life as such. Because after such a long time together you are more than simply a disciple for your Mestre/a, you are a friend, a brother/sister, a son/daughter. That is one of the most important things which you can never forget when you talk with your Mestre/a about an idea that is different to his/hers. Also, now you begin your journey to be able to be a Mestre/a yourself.

09-STAGE – That is the stage in which, after that long way on your journey, you receive the white and green belt, together with the title “Mestre/a” of the first level. In that stage, your necessities and your responsibilities as a capoeirista are enhanced and multiplied. You cannot forget your obligation as a cultural educator, that is one of the fundamental issues that can never be left behind. From here on, you seek for something much greater. You always try to improve as a person and evolve every time a bit more. Don’t behave like so many others, never create a barrier in your mind, thinking that once you have achieved the Mestre/a title, you can use the power that you have now for your very own advantage, and therefore creating uncomfortable situations for persons who admire you and believe in your work and in you as a person.

10-STAGE – In that stage you receive the yellow and white belt, and the title of a Mestre/a of the second level. Each time you are more and more focused on instructing other people who are beginning in the world of capoeira. You reasonably inform other people who already do capoeira about that culture with its magical and admirable aspects. Since your formation you have discovered yourself every time a bit more as a capoeirista, whereas along your path you have never forgotten that in the stage which you are in, there is no space for arrogance. In all the stages that have been mentioned so far, nothing has been said about the studies and researches about culture, since that comes along with your apprenticeship. After some time you feel the necessity to study more and more about the history and the origins (of capoeira).

11-STAGE – In that stage the reception of another belt takes place. The blue and white belt give you the title of Mestre/a of the third level. The thoughts and expectations are a bit more concrete, many of them become much more precise and your responsibilities increase as well, not only with your students but also with the balance of all the things that make a capoeirista.

12-STAGE – This belt represents the highest level of capoeira. On that level, you become an absolute Mestre/a of this wonderful art which also has the goal as well as the name of “the art of making friends”. You should remember this very well as this has been a part of your journey and your apprenticeship since your very first day within the capoeira.